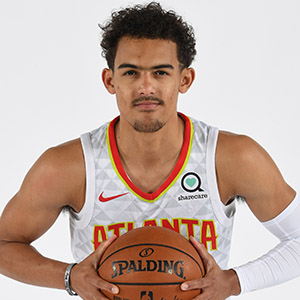 Trae first heard about The Children’s Center Rehabilitation Hospital in 2018 when he surprised a former patient of the Hospital, Caleb Freeman. Caleb was involved in a motor vehicle accident on his way to watch Young play basketball in Norman.

“We could tell Trae was emotionally invested in doing whatever he could to help Caleb during his recovery,” said Melissa Richey, director of communications and marketing at The Children’s Center Rehabilitation Hospital. “It was at that moment we realized Trae would be a great addition to our honorary board here at the Hospital. He is kind, compassionate, and willing to help children and teenagers with special needs.”

Young graduated high school from Norman North and went on to play at the University of Oklahoma. By the end of his college season, he would be the first and only player to lead the NCAA in both points and assists in a single season. Young was drafted in 2018 and plays for the Atlanta Hawks. Young was a unanimous selection to the 2018-2019 NBA All-Rookie First Team.