The Children’s Center Rehabilitation Hospital is excited to announce Oklahoma native and Broadway actress Kelli O’Hara will lead the Hospital’s inaugural honorary board. As a spokesperson for the organization, O’Hara will be part of a larger public relations and marketing campaign for the Hospital, including public service announcements, speaking engagements, and social media outreach. 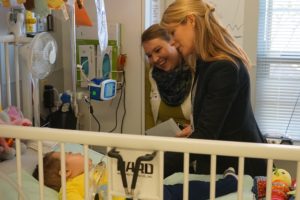 “Kelli O’Hara represents everything that we look for in a spokesperson for the Hospital,” said Albert Gray, CEO. “Kelli’s genuine sincerity, kindness and love for the young patients we serve are evident each time she visits. We are thrilled she has joined our team to help children with special health needs.”

Kelli was introduced to The Children’s Center Rehabilitation Hospital in 2016 when her niece completed an internship at the Hospital. She later visited with her family.

“Visiting The Children’s Center Rehabilitation Hospital was one of the most eye-opening and beautiful experiences I can remember,” said O’Hara. “Not only was I filled with awe and wonder to meet such brave and extraordinary children, but I was humbled by the strength, generosity and fierce dedication of those who give of their hearts and minds to help these children every day. I was so inspired by it all.” 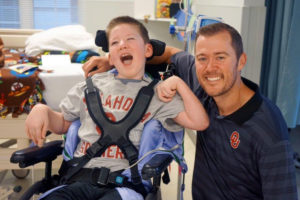 O’Hara grew up in Oklahoma and attended Deer Creek High School. She graduated from Oklahoma City University with a bachelor’s degree in vocal performance/opera. A six-time Tony Award nominee, O’Hara won the award for Best Lead Actress in a Musical for the 2015 revival of The King and I.

Honorary board members were chosen for their strong connection to the Hospital’s mission. Lincoln Riley, Offensive Football Coordinator for the University of Oklahoma and his wife Caitlin will also join the board. Riley connected with The Children’s Center Rehabilitation Hospital in 2015 after meeting Easton Petersen, a 9-year-old boy from Marlow who was receiving care following a car accident. Riley dedicated the team’s first touchdown, scored by Samaje Perine against Akron in 2015, to Petersen. Petersen has since returned to his home community where he is attending school. 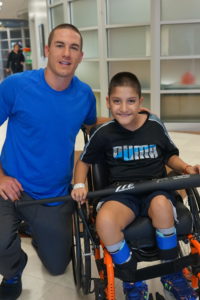 “The Children’s Center Rehabilitation Hospital has become such a special place to me and my family,” said Riley. “I am thrilled to be a small part of such an incredible mission led by an outstanding staff. We look forward to helping and supporting everyone involved.”

Other board members include: J.T. Realmuto, catcher for the Miami Marlins and Michael Fulmer, pitcher for the Detroit Tigers and the 2016 American League Rookie of the Year, along with his wife, Kelsey. 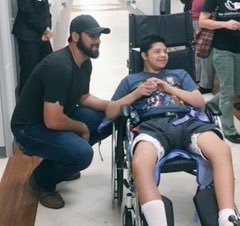 The honorary board members will serve as ambassadors for The Children’s Center Rehabilitation Hospital, as well as support the Hospital’s fundraising efforts through personal and community influence.  For more information, please visit our Ambassadors page by clicking here.