In celebrating Black History Month, we asked longtime employee, Claudine Yoseph, to share what it was like growing up in Oklahoma during the mid-1950s. Her story will inform and inspire you. 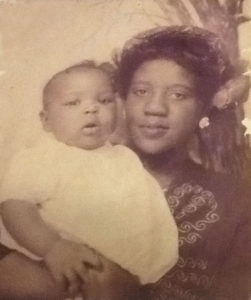 Claudine as a baby with her mother

I was born in Wetumka, Oklahoma, in 1945. I was the oldest of five siblings. My father was a sailor in the United States Navy, and when he was honorably discharged we moved to Altus, Oklahoma.

Growing up in the 1940s-1950s there was no such thing as kindergarten, especially those living in segregated neighborhoods. However, Mrs. Mary made it possible! She opened her home to any child whose parent could pay $2.00 a week, per child. Mrs. Mary was an excellent teacher. She prepared us for “big school,” which was Lincoln (grades 1-12). I attended that school until the 12th grade when I graduated with 13 people. 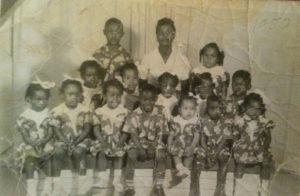 I fondly remember my school years. I participated in track, basketball, and softball. I was May Day Queen and prom queen. I was also the president of our student council and office aide to the principal. Our school year was centered on the Cotton Harvest because pulling cotton was something everybody could do to supplement the family income. We were paid $2.00 to $3.00 for one hundred pounds of cotton. I could pull 300 to 400 pounds a day. We were fortunate my father worked at a neighborhood grocery store, then later hired to work at Altus Air Force Base where he retired. I remember, one year, hearing he made $1.79 an hour. 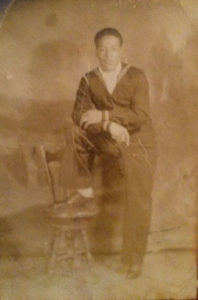 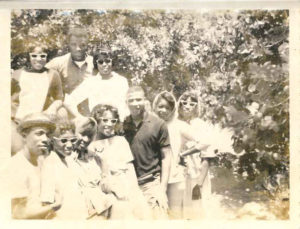 My first job was a maid in a motel. Later, the local hospital, offered a training class for a nurse aid position. I attended the class, and was later hired. I got married and moved to Oklahoma City where I attended the American College of Health Careers. I was placed on a job in Claremore as an x-ray technician. I moved back to Oklahoma City to further my education. In 1976, I met Mrs. Cermak while attending her Dietary Manager’s class at OSU Technology. Later, I received my associate’s degree at Oscar Rose College, which is now Rose State College. In 1983, my path once again crossed with Mrs. Cermak who referred me to The Children’s Center. 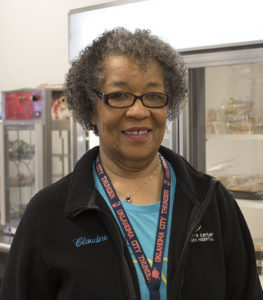 Today, I work in nutrition services. I am the oldest of four living siblings. My baby sister passed away in 2016 from breast cancer. She was also employed at The Children’s Center Rehabilitation Hospital in the late 1990s. I am blessed to have two beautiful daughters, three grandsons and two great-grandsons. I think it is very important for younger generations to be aware of how far we’ve come, and, most of all how far we need to go. All lives matter.